Halloween Was Twice As Good This Year

More than 50 neighborhood children and their parents had a double dose of Halloween this year, trick-or-treating on Friday the 30th and partying down on Halloween at the 2015 MWCA Neighborhood Halloween Party. The pool clubhouse was all decked out in spooky décor, with food and games for all. 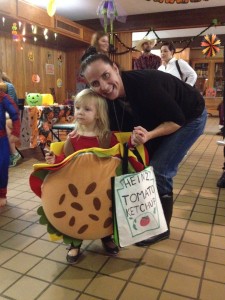 This year’s costume contest winners (and their categories) are:

This year’s party was organized by board member Nikki May and resident Michelle Babin. Thanks, too, to the volunteers who decorated, manned the games, and cleaned up later: Judy Caprio, Sam and Allyn Martin, Jim Wilkins, Wame Waggenspack, Brenda Macon, and Susan Teddlie, as well as the Magnolia Woods Elementary faculty members who helped with the festivities.

Visit the Gallery Page to view more photos from the party.